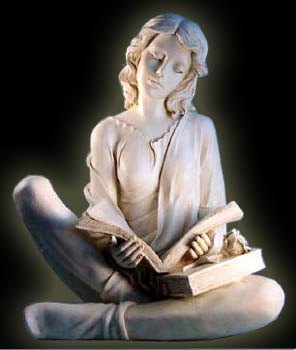 The current vogue for sexual equality as devised by Harriet Harman not only promotes anti-male propaganda, it is destabilising the female role in society.
Women no longer support their men intellectually. They scorn their ideas and opinions.
They contradict traditional values and have imposed new domestic “house” rules on them.

They have absorbed the power struggle in the workplace without considering the damage to themselves, their children and their families.
The traditional role of the male to be a modern day hunter gatherer has been slowly erased by modern society and women’s lib.
This has left men in a maze of lost values and intellectual vacuum.

As women’s power to articulate to the finest degree has expanded, their ability to understand their own role in society and the family has diminished.
While men used to have the support and wisdom of a woman at home after a hard days manual work, our new “equal” society means that a man returning home from work finds no stability.
He often finds that the home is ruled by a woman just as exhausted as he is and often snared in her own neurosis.

The ability therefore for a woman to support her man in a traditional sense has gone.
He no longer has the benefit of her calming experience & wisdom.
And she can no longer offer her support with his daily trials or help him work through his daily problems.
In fact it often appears that women have decided that they are better off alone than striving through the chore of male/female relationships.
This lack of understanding not only hinders the ability of couples to work out their problems and learn from their mistakes.
But completely ignores the duality of our existence and humanities ability for spiritual growth.

The solution to our current social/economic problems is not going to come from the political arena.
It could be said that we should realign our political allegiances or progress to a more localised community which is more cohesive and willing to help others.
But the most likely solution to our problems is a lot simpler than that.

The happiness we all seek is not in the material goods we have been educated to desire.
But in the relationships we form between the sexes.
The love and compassion of women can give us all the strength to form a bond of understanding which is insurmountable.

We have been conned by our tax gathering barons to support their existence.
They have used their power to corrupt and intimidate the population They are the Industrial Politicians who have wreaked disaster on the planet and our economy.
We will have to fight for our rights in a new arena which will have painful consequences

To resolve the conflict between the sexes we have to allow women to return to their roots as lovers of men and stop the materialistic drift of favours for goods.
The sexual battle going on between men & women is confused by the variations between the generations.
While the younger generation has suffered from a devalued or even eradicated the value of sexual intimacy, the older forty something’s seem to have a barter/ sufferance attitude.
This is hardly relevant to our current society where unemployment is rife, money is debt and affluence is a deceit.
Are the women of this nation going to suddenly abandon all the men who are unemployed, homeless and skint.
Well yes.

This problem starts with time management.
There is never enough time and our society is not designed or willing to support the necessary down time for people to recover their sanity in this insane world.
Even women who are used to shopping for recreation, pampering at health studios and pools do not usually share this with their men. Yet this is a necessary part of life for both sexes in our modern world.
We are not slaves meant to strive our way through life. We are intelligent beings who should be able to design and live a life of our choice.
Down time is one way of regaining person balance recharging our batteries and allowing ourselves to support each other emotionally.

We now have a society which is split between the over employed and the unemployed.
We have people who live in luxurious homes on their own while others are homeless.
We have a materialistic consumer society which is driven to support an unsustainable economy.
We have an industrial political system which is constructed to support these ideals.
And a planet that we have abused recklessly for too long.
We have a perfect world but no time to enjoy it.

Life is a journey

If life is a journey, you can travel freely, talk to people and get to your next destination.
Relationships, marriages and families often turn into a Cul de Sac where life is no longer a journey but a routine existence of repetitive drudgery.
This is the materialistic dream. A better house, a better car, a newer kitchen.
But all this affluence comes at a price and the price is a lifetime of debt. Your mortgage, insurances, loans, credit cards, taxes are all debts that keep you in debt.
This is the trap sprung by our system of government in a western society.
The workers support the establishment. But nowadays the establishment has got so big that the workers have an unrealistic tax burden.
And the politicians are protecting an unsustainable system.

One of the biggest frauds perpetrated on male society is the fact that we are emotionally illiterate and that women are the source and foundation of emotional empathy in our lives.
Women are very good at networking and have built up a solid wall of hostility and indifference to the males in their lives.
This is supported by their network of female friendships and work colleagues.

The truth is that this is a myth which women have conveniently assimilated to keep themselves safe and cosseted from the alleged harshness of male society.
The truth is that they are just as lost emotionally as their partners and their male associates.
In fact they are even more unwilling to enter into the world of emotional literacy because while men will at least take the faltering first steps to form a loving relationships, women will turn a relationship into a continual test for the male to fail and never actually open up their deep inner emotional feelings.
This leads to a denial of love and a reality check of status, compatibility and dominance.
The inability of both sexes to form relationships with strength and mutual respect has turned into a search for a partner who will fit in and not challenge or upset a person’s personality.
Given the choice the intelligent and beautiful will be ignored in preference to a personality that can be controlled, manipulated and handled with ease.

So the choice is money or love.
This was always a consideration for women when chosing potential spouses.
But then later in life the choice re emerges and then with more insight women are beginning to realise that they have lived a life but felt little.
And now that they have the time and the money to consider their future, money does not rate highly in the list of things to do.
When the materialistic dreams of the consumer society have died it is time for women to reassess their role in society and decide whether to live their life for Money or for Love.